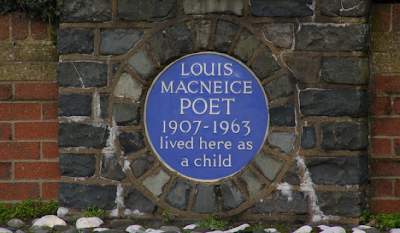 In 1957 when I was in the lower fifth at the Arts Educational Schools in Upper Berkley Street London I has the pleasure to make wonderful friends. They were all so different from the convent variety in that they were so generous and welcoming to an outsider. One of these was Corrina MacNeise.

She was a tomboy and had the most outrageous real red hair I have ever seen. It was also curly and that made me jealous. I had lank straight mousey coloured hair that looked awful. Corrina was a talented fine artist. We had a brilliant art teacher Mrs Scott. She gave the most enjoyable art classes and Corrina was one of her star pupils. Corrina could draw in a way I have never been able to master.

As we were at school in Baker Street in the heart of London a small group used to do the shops  or go to a film together. Three little 14 year olds wandering around the West End alone would never be allowed today but we could and did. This day Corrina invited  Margot Hayhoe, myself back to lunch in her home in Regents Park.

Corrina lived in a big White Terrace House in a very fashionable area and coming from a semi detached in Stanmore I was impressed. Oh I should have loved to live in a house like that although my aunts did have a very classy mews flat in Eaton Square which was  long walk from anywhere and I hated it.

We were welcomed in unannounced and Corrina's mother was so unworried that three little girls had come unexpectedly to lunch. My own mother would have had a fit. We were taken upstairs  to a large room overlooking the park  lined with books and it was there that I met Louis MacNeise the poet. I had no idea who he was at the time or how famous he was but he was rather surprised to see three little girls who he had not expected.

MacNeise was so kind to us and I thought handsome. I remember he had no shoes on. I was shocked! I was easily shocked in those days. At ballet school we were taught never to walk around barefooted as you might injure your toes and not be able to dance. MacNeise said 'hello' and quickly got rid of us by sending us downstairs to the kitchen in the basement where we were given real beef steak   for lunch by Corrina's mother. It was such fun and a real treat as meat was still scarse and expensive and I only had steak on rare occasions.

Later I soon learned how famous Corrina's father was when I began to work for Benjamin Britten. It was in this period that I begun to read MacNeises's poetry.

Britten was looking for a 'Flora' for his opera 'The Turn of the Screw' and in November 1958. I was summoned to an audition at Britten's flat in St John's Wood and there I found myself alone with two rather pompous upper middle class elderly bachelors who I think were trying to put a little 15 year old school middle class schoolgirl in her place. Pears was very good at doing this.

Britten and Pears had presence. They knew they were superior and no doubt expected me to be in awe. They started to talk above my head and discuss Schubert especially 'Die Schöne Mullerin' in German, a language I did not speak at all at that time. It seemed I was 'Die Schöne Müllerin' and they both thought this was very funny. I was not amused as I had no idea what they were talking about. I was beginning to feel uncomfortable.

The conversation passed to poetry. I said I enjoyed Thomas Hardy. This was a good choice as Hardy is one of Britten's favorite poets. Somehow the conversation turned to modern poets and Pears remarked I should read Auden and MacNeise. It was obvious that both these gentlemen felt sure that the little ballet dancer sitting before them would have no idea of whom they were speaking.

'Oh' I said innocently 'I have met Louis MacNeise. I go to school with his daughter, Corrina and I went to lunch with them in Regents Park. I love his poetry especially The Woods." MacNeise's poetry has an economy of words which is very similar to Hardy's which I find attractive. I hate verbose poets.


Britten's attitude to me changed in an instant. He sent Pears out of the room on an errand and continued to talk to me alone as an adult for about an hour. I think it was then that Britten began to think that I was 'special'.

I lost touch with Corrina when my mother removed me from the Arts but I learned years later Corrina's mother had sung and been on tour with Britten before the war. I wish I could have spoken to her about him.

Corrina is now a fine artist who lives in the USA. One day I shall buy one of her pictures but I shall never forget my meeting with the famous poet. I think it got me the job with Britten and changed the rest of my life. I have to thank Corrina for inviting me to lunch.
Posted by Janette Miller's Strange Life at 16:03