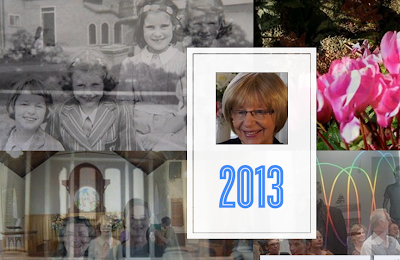 2013 has passed away and 2014 looms ahead. 2013 has been an exceptional year and in some ways a tidy up year when one gets to read the last chapter of a detective novel and all the  plots come to fruition and happy endings abound. This happened to me and I did not have to raise a finger.

Why was it good? Well Vitamin B12 healed my compromised nervous system, I got to know Alice, my garden was glorious thanks to the water meter and a mild summer which seems to have disappeared already for 2014 and the Benjamin Britten Centenary.

The last of these is rather serious. Anything to do with Britten is serious. It was gratifying after 56 years to realise just how much the work we did 56 years ago is appreciated. I knew at the time it was special but I was never included in the media mix. I should have been but women were really not wanted in 1959. Now I am. BBC interview, Tony Palmer Documentary Britten Nocturne shown on Sky and DVD, The Britten Centenary book published by Bloomsbury where my and Hannah Nepals's contribution is right after the writer Alan Bennett and lastly the special screening of Peter Morley's 1959 iconic  TV production of Britten's masterpiece The Turn of the Screw by the British Film Institute's fully remastered version on the South Bank which I am told looks and sounds amazing.

So now on to 2014. My first family volume was well received and I have been asked to do another so during January I shall try to oblige.

Posted by Janette Miller's Strange Life at 14:44 No comments: